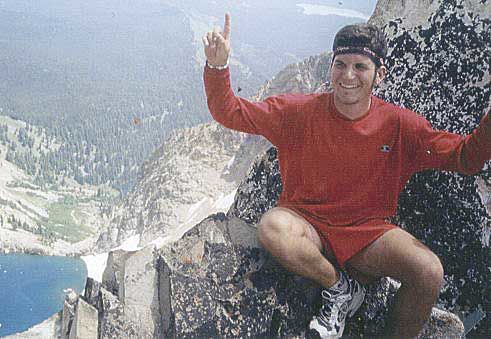 David Francis has written his second book, “Grief  Travelers” about the lessons he has learned from the death of his son Jon, above, in 2006. 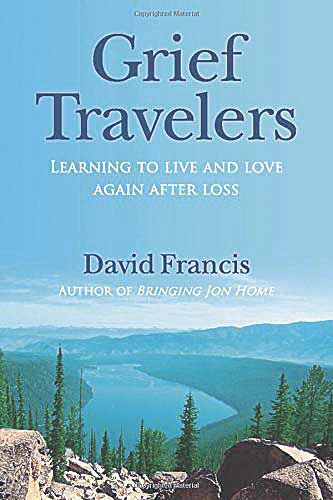 David Francis has written his second book, “Grief  Travelers” about the lessons he has learned from the death of his son Jon in 2006.

David Francis has written his second book, “Grief  Travelers” about the lessons he has learned from the death of his son Jon, above, in 2006.

David Francis has written his second book, “Grief  Travelers” about the lessons he has learned from the death of his son Jon in 2006.

It's been 13 years, but David Francis still vividly remembers the first Christmas he spent after the death of his only son, Jon.

“It was horrible,” he said. “I dreaded hearing people saying ‘Merry Christmas.’”

For the Francis family, that holiday season was marked by the tremendous pain of Jon's absence and the lack of closure around it. That summer, 24-year-old Jon went missing while mountain climbing in Idaho, and his body had not yet been found.

Jon, who grew up in Stillwater, was an accomplished athlete, an outdoor enthusiast and a soon-to-be seminary student. After college, he moved to Utah to take a job as a youth minister, and he spent his summers working as a counselor at Luther Heights Bible Camp in Idaho. It was there, David said, where Jon “fell in love with the mountains.”

Though he was an experienced outdoorsman and accustomed to traversing the slopes of Idaho's Sawtooth Mountains, Jon went missing during a solo climb up the Grand Mogul in July 2006. David and his wife, Linda, flew to Idaho almost immediately after receiving the news, but to their disappointment, law enforcement gave up the search for Jon after only two days.

“They told us, 'Give your son up to the mountains,'” David remembered. But he and Linda refused to do so, and instead committed to funding and organizing what became a yearlong search for Jon's body. In July 2007, a little over a year after he went missing, Jon's remains were finally discovered on the mountain.

In 2010, David published “Bringing Jon Home,” an award-winning memoir that chronicles his family's search for Jon. This year, he published his second book, “Grief Travelers,” through the Jon Francis Foundation, a nonprofit he and Linda founded to support the families of people missing in the wilderness.

In writing “Grief Travelers,” David said, he wanted to share all he had learned through mourning the loss of his beloved son. A former U.S. Navy captain, he attributes the impetus for the book partly to his many years of military service.

The timing of the book's release couldn't be more perfect. As David knows all too well, the holiday season often proves lonely for those coping with loss. Mourning, he said, is an already difficult journey made all the more so when the rest of the world seems to be joyfully celebrating.

“When grief is fresh and raw, you don't want Christmas to arrive,” he said. “You don't want to see people in holiday cheer when you're deep in sorrow.”

He hopes that “Grief Travelers” will serve as a guide to his fellow grief travelers, particularly during this time of year. Among the lessons he shares is to channel one's love for a lost loved one into others.

“One of the emotional coping mechanisms of dealing with grief is to reinvest your love,” he said. “The love that I had for Jon, it's important to reinvest that love.” David's 10-year-old granddaughter Camille, to whom “Grief Travelers” is dedicated, is “getting the bulk of that love,” he said.

He also said that healthy grieving will eventually allow joy to make its way back in, and he encourages his fellow grief travelers to welcome it when it arrives.

David also said that Camille's enthusiasm for the Christmas season is infectious and has helped him rediscover the excitement of the season.

“She still believes in Santa Claus, and in her mind, there's still the magic of Christmas,” David said. “And that magic overflows to me.”