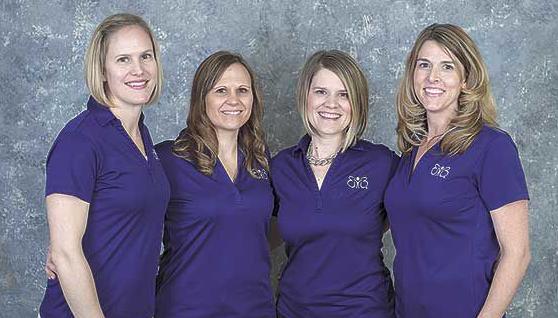 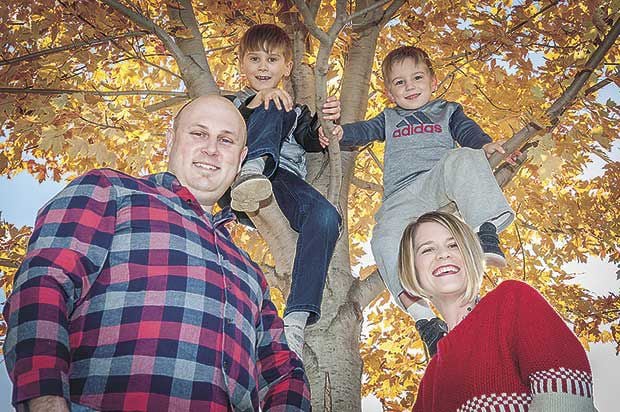 The Waldvogel family moved to Lino Lakes in August. Pictured are Brian and Jamie with their sons Calvin, 8 and Cylus, 5. 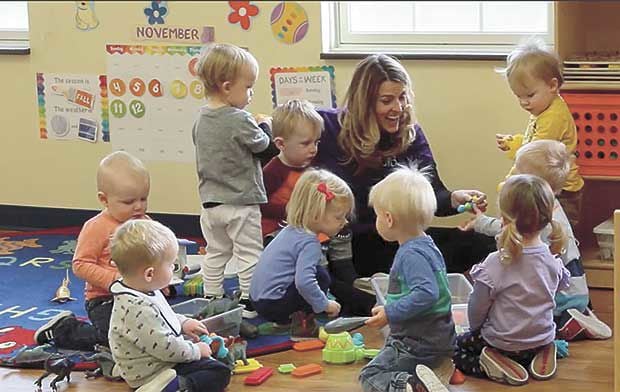 Shanna Nseumen, director of preschool consultation, works with children at an area daycare.

The Waldvogel family moved to Lino Lakes in August. Pictured are Brian and Jamie with their sons Calvin, 8 and Cylus, 5.

Shanna Nseumen, director of preschool consultation, works with children at an area daycare.

Picture this: You are walking through the store filling up your cart with groceries when your 2-year-old starts throwing a tantrum in the middle of the aisle because you told them they can’t have the Baby Shark toy.

Jamie Waldvogel, a Lino Lakes mother of two, founded a consulting business named Behave Your Best that helps parents and early childhood educators learn how to deal with that situation before it even begins.

“Our purpose is to divert unwanted behavior as early as possible so they are not waiting for 2- and 4-year-olds to continue practicing those unwanted behaviors,” Waldvogel explained. “We are intervening earlier.”

Waldvogel has a bachelor’s degree in psychology and a master’s degree in behavior analysis and therapy. For around 10 years, she worked for a company serving children who have autism. While she was pregnant with her first child, she decided she wanted to be around more to be a mother to her children and help others when she was able.

Behave Your Best was founded in 2011.What originally started as a part-time consulting business to help parents with potty training has completely transformed and grown into a team of consultants in Minnesota and Chicago. “I am a woman of faith, and I realized that this is part of my journey of what I am supposed to be doing on this Earth,” Waldvogel said.

The business has helped more than 200 families in 2019 and mainly works with children ages 1-7, but has served families with

children of up to 12 years old. The idea is to be proactive and learn how to deal with unwanted behaviors before they become a big problem. Behave Your Best works in homes with parents, but also child care centers, school districts, preschools, businesses and other organizations. The business serves families throughout the Twin Cities as far north as Hugo and as far east as Stillwater and Woodbury.

Problems can arise if a child doesn’t know how to tolerate “no,” has difficulty transitioning from something that is fun to something that is not so fun, or doesn’t want to follow instructions the first time they are given.

“It is not that parents are doing something wrong, or bad, it is just that reacting to the problem isn’t going to fix the problem,” Waldvogel explained. “The child has already used that behavior, so we are too late. We have to get ahead of it; we have to teach the child a different response to that situation.”

She added, “We teach parents that their child can only learn a new skill when they are at their best. If they are upset or frustrated with something, it isn’t going to work, that is not the time to teach. You wouldn’t try to teach them their ABC’s or 123’s if they are in the middle of a tantrum.”

Janine Ketchel, owner of Kindergardens Child Development Center in Hugo, said that is one of the main takeaways she and her staff have learned from working with Behave Your Best since 2013. “So many people — I was one of them — when a child is misbehaving, you sit down right afterward and talk to them about what they did and they are not hearing you, because they are not wired that way. Their brain is tuning you out,” she said. “The best way is to practice. You practice the piano to get better, you have to practice anything to get better. Practice teaching those social skills when they are open to learning.”

Kindergardens began working with Behave Your Best to help with challenging behaviors that can arise when children are in a group setting. “We want to try to look ahead of that behavior, what is happening prior to that challenging behavior occurring,” Ketchel said.

In addition to the two visits a month from the business, the Behave Your Best has also helped with parent education. Ketchel says many parents have chosen to have a consultant come to their home.

“Jamie and her team are phenomenal. They are very knowledgeable and have given us a better understanding of child development as a whole,” she said. “We are facilitating a lot of social skills and social interaction. Social skills are some of the biggest areas that are needed for success in kindergarten, not just the academic and cognitive skills.”

For more information about Behave Your Best, visit behaveyourbest.com.