You have permission to edit this article.
Edit
1 of 10 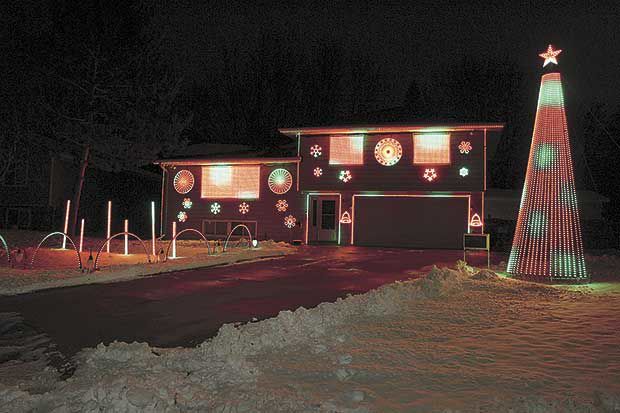 For 10 years, Circle Pines resident Justin Barno has gone above and beyond for the holidays with his animated light display. The show is located at 4102 88th Ave. NE. 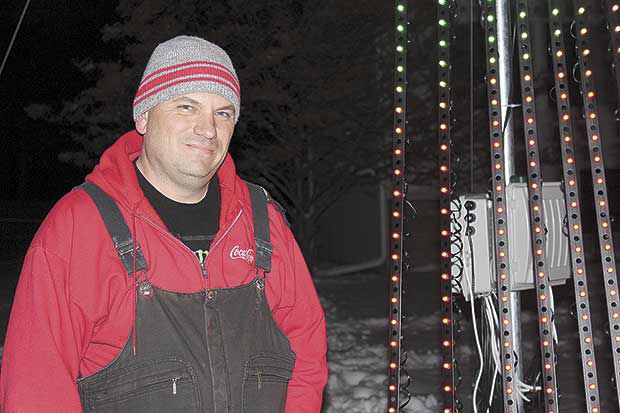 Justin Barno, the creator of the Barno Family Lights Show, is already planning next year’s show. 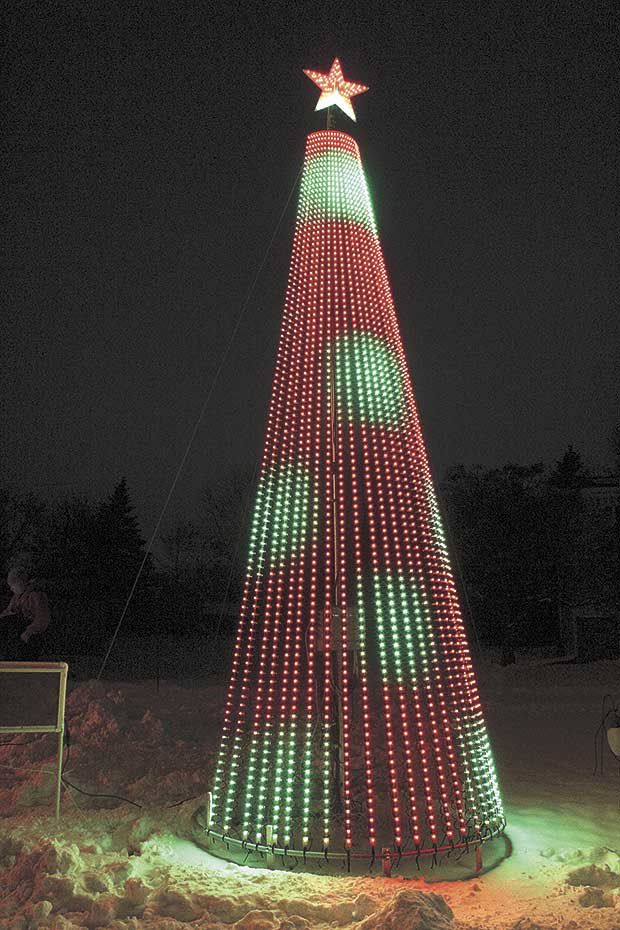 This Christmas tree is made up of 2,300 lights. 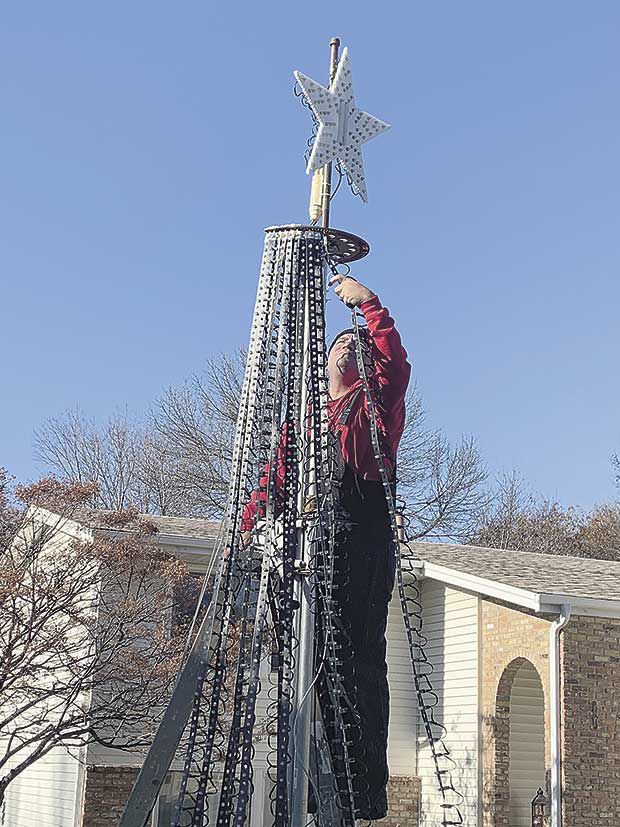 Justin Barno works on putting up the Christmas tree around Thanksgiving. 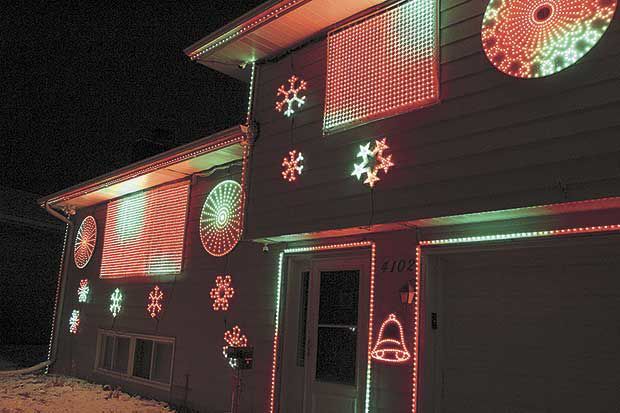 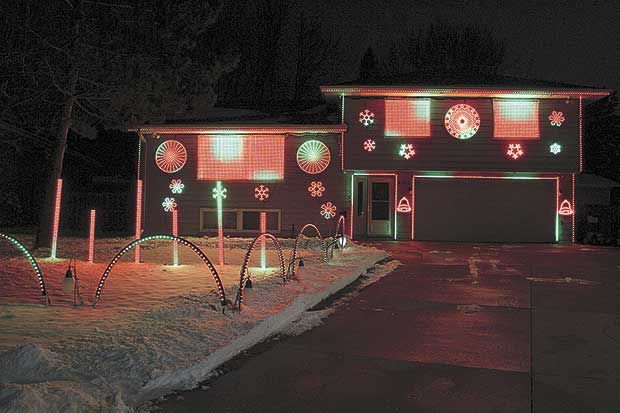 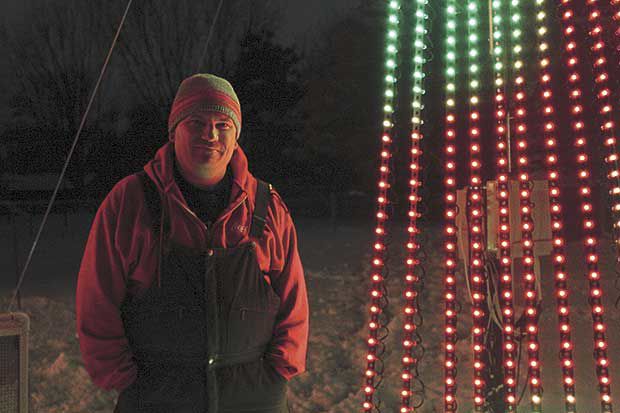 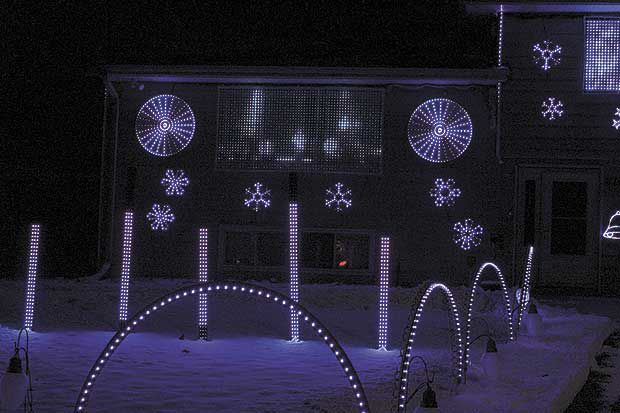 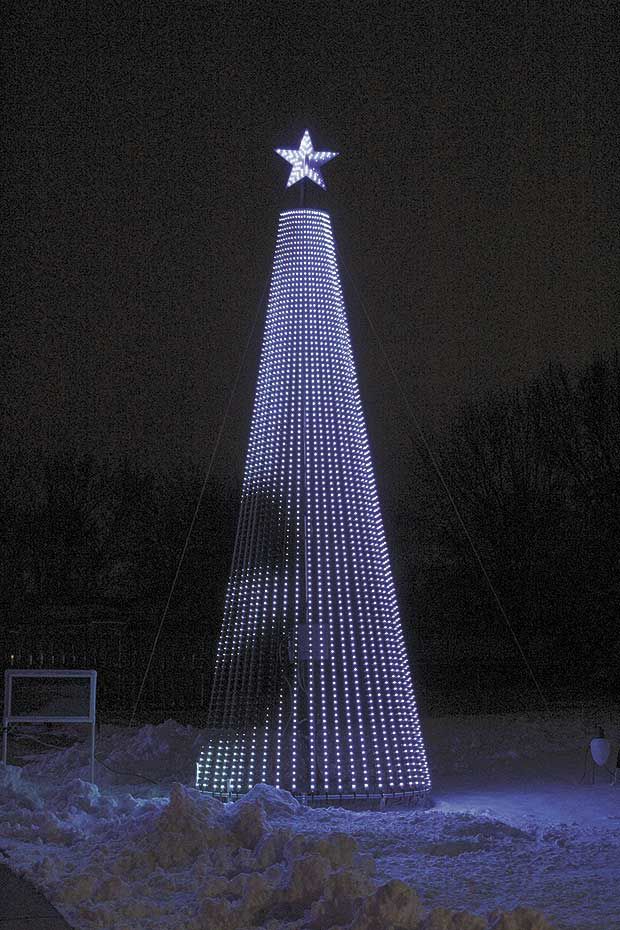 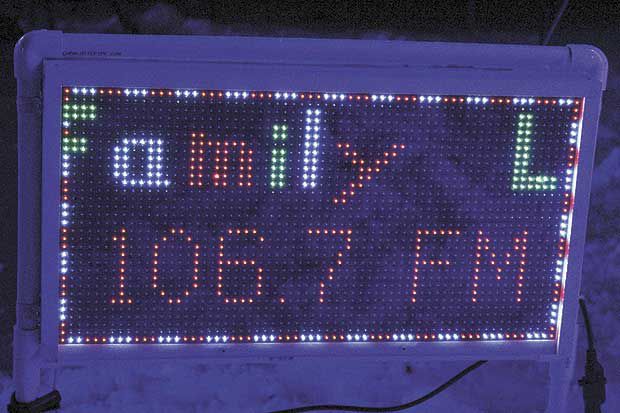 For 10 years, Circle Pines resident Justin Barno has gone above and beyond for the holidays with his animated light display. The show is located at 4102 88th Ave. NE.

Justin Barno, the creator of the Barno Family Lights Show, is already planning next year’s show.

This Christmas tree is made up of 2,300 lights.

Justin Barno works on putting up the Christmas tree around Thanksgiving.

Circle Pines resident Justin Barno is the mastermind behind the show at 4102 88th Ave. NE. During his years at home, Barno helped his parents decorate for the holiday, but he was inspired to go beyond your average Christmas lights and inflatables after he saw Richard Holdman's house online. Holdman is one of the first creators of an animated light display.

“I got inspired because I love Christmastime. Every year I try to grow,” Barno explained.

For 10 years, Barno has tried to top the previous year's show by adding props and making the show more complex. The show has also trickled its way into his neighbors' yards, with their permission, of course. The show started out as a static display with regular Christmas lights, but has now transitioned into an animated pixel show. Each and every pixel is a combination of red, green and blue, and is programmed to songs. This year's show has nine songs.

“I have taken Christmas light design to a whole new level versus a static display. Just the Christmas tree is made up of 2,300 lights,” Barno explained. His dream is to one day get into commercial Christmas displays.

Each show takes a year to plan/program and about a week to physically set up. Every year Barno takes a week off from work to make sure the show is ready to go live around Thanksgiving. It is the smiles that keep him going.

“I enjoy seeing the smiles on everyone's faces,” he said. “I get people that come by every night the show goes. It is the same songs, but they still sit there and watch it.”

Barno watches “The Great Christmas Light Fight” on ABC each year to keep up with what others are doing in their displays. One of his friends, Ron Howard of California, is on the show this year. Barno met Howard through a social media group and created a Christmas light prop from Howard's display. “It’s really hard to get on that show. They really like static displays,” Barno explained.

Despite the minor inconvenience over the winter for Barno's family, they wouldn't have it any other way. Last year, the family had to hang garbage bags over their windows to keep all of the Christmas lights and car headlights out of the living room. This year, Barno's wife, Nikki, said the family has upgraded to some curtains.

“We put up with it because it's his passion. It is fun to come home and see all of the cars out in the road watching what he has done,” she said.

Last year, Barno decided that in addition to smiles, his show could also make a difference. During the five-week show, he raised almost $1,200 for the Ronald McDonald House. This year's show again will raise money for that cause. People who donate will receive a wristband that lights up with the show.

If you drive by the Barno Family Lights Show, be sure to tune into channel 106.7 to hear the songs. The show will run through Sunday, Jan. 5. As for next year's show, that is already in the works. For more information, find Barno Family Lights on Facebook.