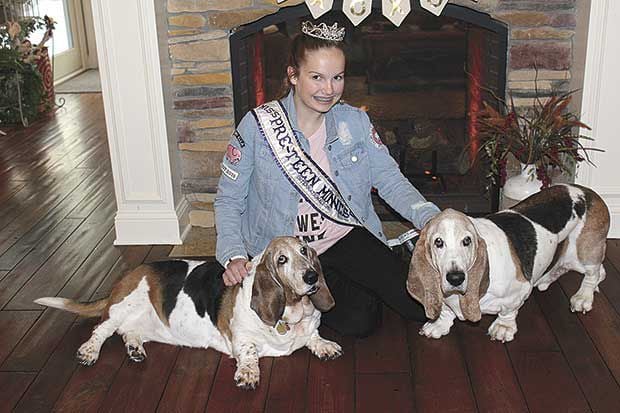 Ava Ernst poses for a photo with her family dogs. Ava’s platform is “DON’T SHOP...ADOPT” and encourages people to give shelter animals a second change by choosing to adopt from shelters rather than buying from a pet store. 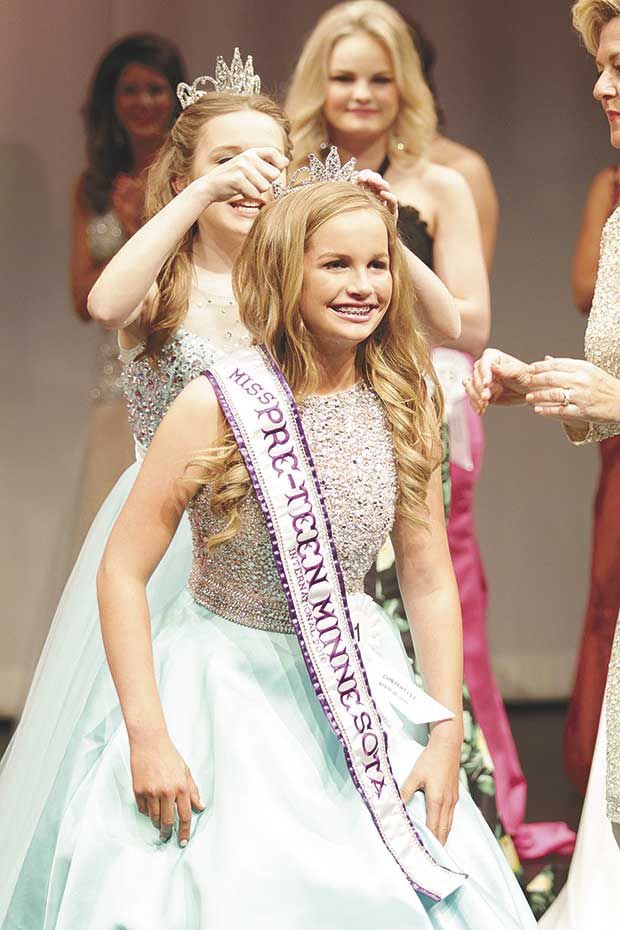 Ava Ernst poses for a photo with her family dogs. Ava’s platform is “DON’T SHOP...ADOPT” and encourages people to give shelter animals a second change by choosing to adopt from shelters rather than buying from a pet store.

When people think about pageants they often think about swimsuits, pretty dresses, a lot of makeup and some hair spray. But a local pre-teen says it is so much more than that.

Ava Ernst, 12, of North Oaks, won the title of Miss Pre-Teen Minnesota last April and has represented both the pageant and a platform she is passionate about over the past year.

The sixth-grader attends Chippewa Middle School in North Oaks and has had her sights on being in a pageant ever since she can remember. “My mom is a pageant coach, so ever since I was little I've wanted to be in one, but she told me I couldn't compete until I was 13,” she said.

Ava's mother Holly Ernst, who began her pageant career at 16, now has her own coaching/consulting business to empower young women to be their best. “As women we are forced to be judged so much as it is, I just don't want to put a girl younger than 13 through that,” Holly explained.

But Ava found a loophole. No one had signed up for the pageant in the pre-teen division, and the pageant was in jeopardy of being canceled.

“So I said, if there was nobody competing, then she could do it and get the experience on stage,” Holly explained. “It was really more for the experience, to see if this is something she wants to explore in the future.”

Turns out, Ava adored the experience, mainly because she loves being on stage. Ava also sings, plays guitar and is an avid theater lover.

Her favorite part of the experience was the interview. “It was so fun. It was really challenging, and I like a challenge,” she said. She also enjoyed the photo shoot and fun fashion wear portion of the pageant.

But beyond the fun, the pageant has give Ava a purpose: her platform is “DON'T SHOP … ADOPT.” Her cause is to encourage people to give shelter animals a second chance by choosing to adopt from shelters rather than buying from a pet store.

“Pageants are good for young girls because it forces them to be at their best physically, mentally, emotionally. It encourages them to have a cause. It is not enough these days just to be a pretty face,” Holly said. Ava added, “I get really annoyed when people think pageants are only about beauty and looking your best because it is really not. It is about being yourself and showing stage presence. It is about showing you can change the world, it is not just about glitter and glamor. It is so much more than that.”

Ava has made various appearances to talk about her platform. The majority of Ava's work has been with the Animal Humane Society and she has also volunteered at various events such as a pet fashion show, Walk for Animals and Whisker Whirl.

“It has really made me realize that I can change things, by doing small things. You don't have to do huge things to make a difference,” Ava said.

“A lot of girls in middle school are worried about their looks. This has really helped me to not care about whatever people think of me,” she explained.

Beyond the pageant world, Ava swims with the North Suburban Aquatics Club, downhill skis with Otto Hollaus Snowsports Academy and is involved in theater at her school.

At the end of April, a new young lady will be crowned. Even without the reigning title, Ava will carry the experiences she had wearing the crown with her for a lifetime.