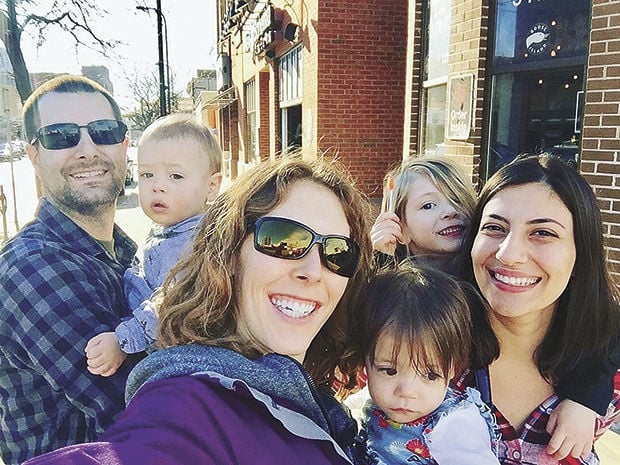 Brian and Elizabeth Merkel pose for a photo with their three children Henry, Anna and Claire along with Thami from Brazil. The group went on a bunch of adventures as a family while Thami was the family’s au pair for one year. 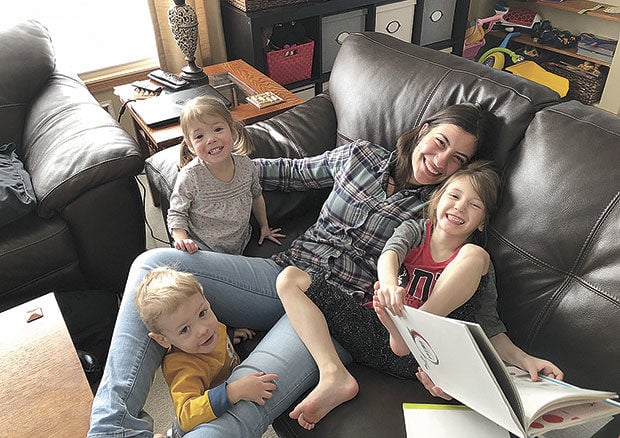 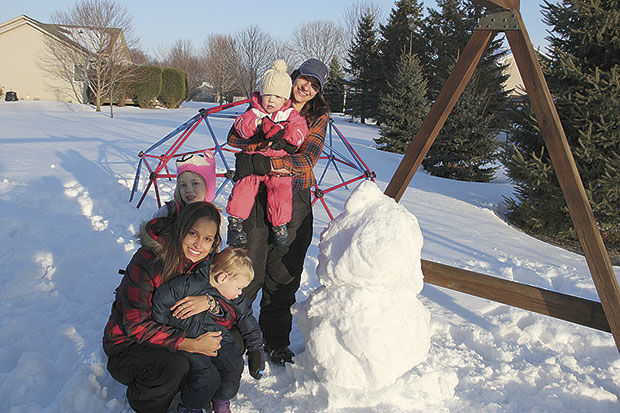 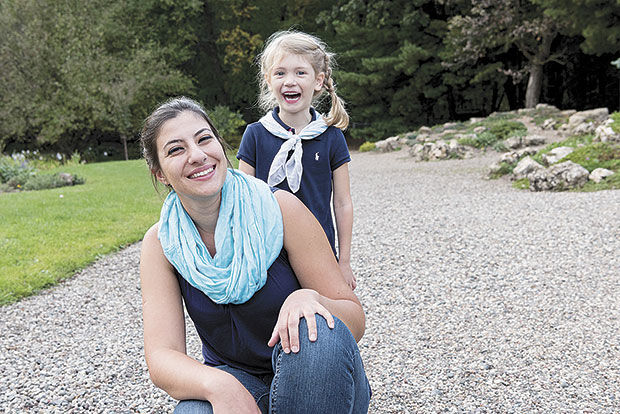 Brian and Elizabeth Merkel pose for a photo with their three children Henry, Anna and Claire along with Thami from Brazil. The group went on a bunch of adventures as a family while Thami was the family’s au pair for one year.

LINO LAKES — A Lino Lakes family is one of 10 finalists out of more than 700 nominees for Cultural Care Au Pair's Host Family of the Year award.

Brian and Elizabeth Merkel and their three children have lived in Lino Lakes since 2007. Brian learned about the au pair program about a year before their twins were born.

“I had a co-worker who has a couple of kids, and he is originally from England. When they had kids, they needed help with child care, especially since he couldn't drive,” he explained. “They really needed someone who could drive them around and wanted someone in their house with more flexibility than a regular day care.”

Their twins were born at just 28 weeks and spent 69 days in the neonatal intensive care unit (NICU). When the twins were finally able to return home, they were extremely fragile and required special care such as oxygen and medications.

“You can't find a day care that will deal with the oxygen and medication and their immune systems were so bad at that point, the doctors said we couldn't send them to a day care,” Brian said. “My wife and I both work full time, and decided to look into the au pair program.”

The family was drawn to the program due to the fact that it is international. Brian and Elizabeth love to travel and wanted to incorporate that into their lives.

“We thought it would be an opportunity to meet someone from another country. We are not going to be able to travel for a number of years, so we can bring someone else here and we can exchange cultures and they can teach another language to the kids.”

The Merkels are now in their third year of the program. For over 20 years, Cultural Care has helped host families across the country secure child care that provides flexibility, trust and cultural exchange. Au pairs are educated young people, ages 18-26 years, from many different countries who want to experience American culture while sharing their own. All au pairs are required to have child care experience and must undergo a multi-step screening and training process before joining families as live-in child care providers.

Since starting the program, the Merkels have had three au pairs, one from Australia and two from Brazil.

Up until around six weeks ago, the family's au pair was Thami from São Paulo, Brazil. Thami had such a great experience with the Merkels, she chose to nominate them for the Host Family of the Year award.

“From the the beginning, the family welcomed me to their loving home and made me feel a part of their family. Liz and Brian have done so much for me during this year that it is hard to put everything in words,” Thami wrote in her nomination. “Some of the most important things, though, were all the small gestures during my year. All the coffees that Liz brought home, all the patience to help me with English grammar, all the proud faces when I got myself to the gym with her and she even rescheduled a work meeting to a Brazilian restaurant so I could taste some food from home.”

Brian said the family really tries to include their au pair in all of the family outings. “We try to bring them in on all the family stuff we do,” he explained. “We invite them to do absolutely everything because they are a stranger in a new country and might not have that support group.”

The Merkels are still in touch with their two former au pairs and hope to go and visit them in their own country's once the children get older. The family considers their au pairs family members rather than “a nanny.”

“We have been able to grow and create a global family. They are more than just someone who is watching your kid, they really do become a part of the family,” he said. “You have another layer of support group that is hard to match because you really do get close to the people and they get close to your kids. Your kids get love and support from someone who is there with them all day every day.”

It is a valuable learning experience for both the family and the au pair, as they both teach each other about their own cultures. Brian said Thami taught them how to play a Brazilian card game, while he taught her how to play cribbage. Thami also taught them how to make some Brazilian dishes, while Elizabeth shared an American dish. Their 5-year-old even corrected Thami's English pronunciation and grammar.

The Merkels now have a new au pair, Nathalia, who is from from Recife, Brazil.