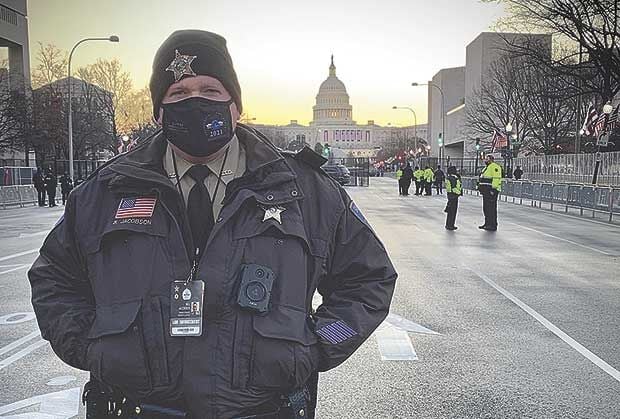 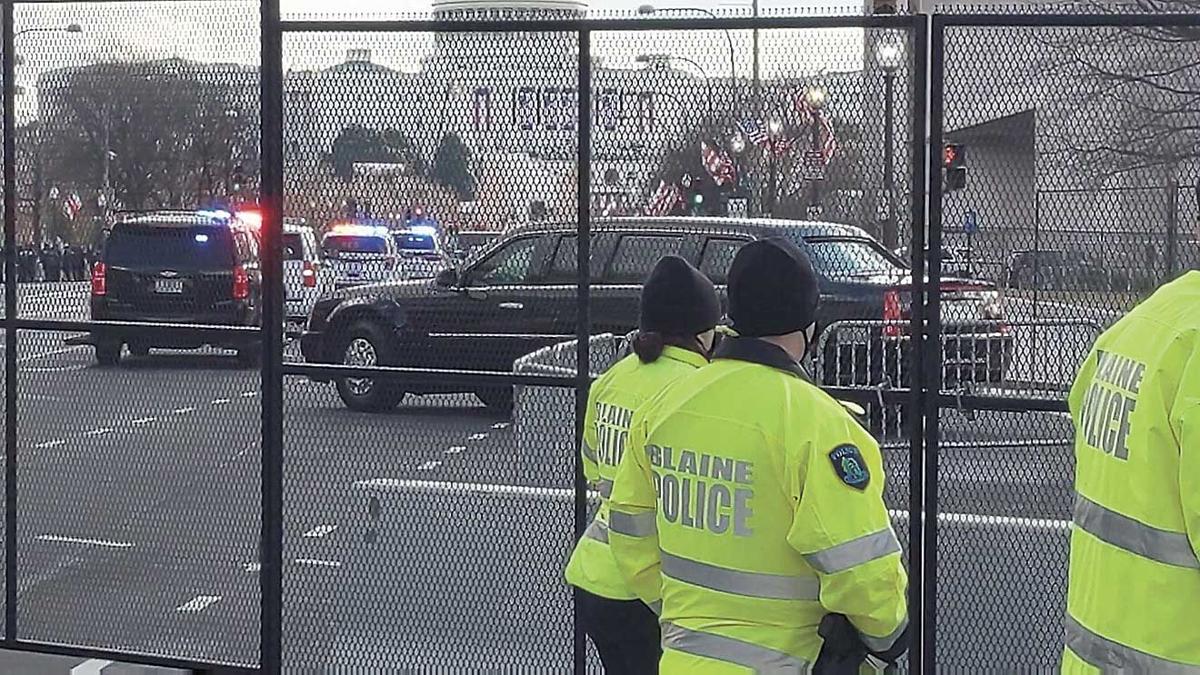 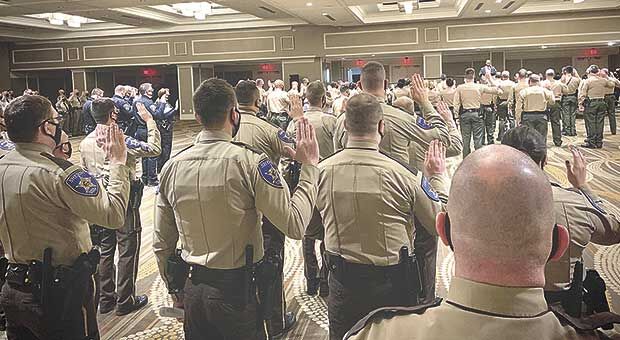 The Anoka County Sheriff’s Office (ACSO) and the Blaine Police Department (BPD) were just some of the 2,500 to 3,000 officers from around the country who traveled to Washington, D.C. to assist with the inauguration.

Bill Jacobson is a detective with the ACSO assigned to the Criminal Investigations Division. Before starting his job with the sheriff’s office in 2019, he served on the Centennial Lakes Police Department for 14 years.

“Being a part of the detail that helped protect Washington, D.C., was an absolute honor. I am so grateful that ACSO trusted me with such an important mission. It’s an opportunity I never thought I’d have in law enforcement,” Jacobson said.

The selection process for the security detail began more than a year ago. ACSO sent 25 deputies, and BPD sent 14 officers. BPD Captain Mark Boerboom, who has been with BPD for 13 years, said this was the first time the department has assisted with the inauguration.

In a typical year, one of the days in the nation’s capital would be reserved for on-site training. This year, because of the pandemic most of the training took place ahead of time online.

“We were subjected to additional screening and had to complete training for carrying a firearm on an airplane, what things to look for in the secure area around the capital that should warrant more attention, proper use of force procedures when the presidential motorcade was in the area, and a number of other training items that were specific to our assignment,” Jacobson explained.

Boerboom added, “We were deputized as Metro D.C. special deputies, so we had to follow their policies, know the procedures for a presidential motorcade, and what to expect if the unexpected happens. There is a lot of information, working here in Blaine, that we don't get exposed to. Obviously, we don't have a presidential motorcade coming through our city on a regular basis, so we had to learn about how they operate and what to do if something if does happen.”

Inauguration day was a long day for the officers.

“Our team was up by 2 a.m. to begin getting our uniforms ready. We reported for duty at 3 a.m. at the hotel and we were bused to our assigned post along Pennsylvania Avenue, which was inside the secure zone,” Jacobson recalled. “Our job was to watch for suspicious people, items, or activity in the secure zone. We were also available to be deployed to any concerns in our immediate area.”

Thankfully, the day was “uneventful,” he said.

“Given the events of Jan. 6, there was significant concern for the potential for more violence. We were prepared to address any issues, but we all hoped the day would end up being exactly what it was: a peaceful transition of power,” Jacobson said.

Boerboom added, “We stood along a perimeter fenceline to protect the roadway from any spectators … Even though there weren't spectators, we knew that each of us were there doing a crucial role making sure that nothing happened that day that would hiccup the inauguration.” He said the highlight was when the presidential motorcade traveled by on its way to the Capitol.

Boerboom was impressed with the organization of the Metro D.C. Police. “My role at BPD is a lot of event planning. Our biggest event here is the golf tournament, and that in itself is a lot of work; I can't imagine what goes into this.” Boerboom said BPD is honored it was able to participate in the inauguration, and he is hopeful the department will attend again in four years.

Jacobson said he will never forget the once-in-a-lifetime opportunity.

“The presence of 25 uniformed Anoka County deputies standing on Pennsylvania Avenue, halfway across the country, is a testament to our commitment to serve,” Jacobson said.

“The peaceful transition of power is one of the cornerstones of our great nation. Joining tens of thousands of officers, deputies and soldiers from across the country to protect and defend that foundation is what it means to serve and protect.”