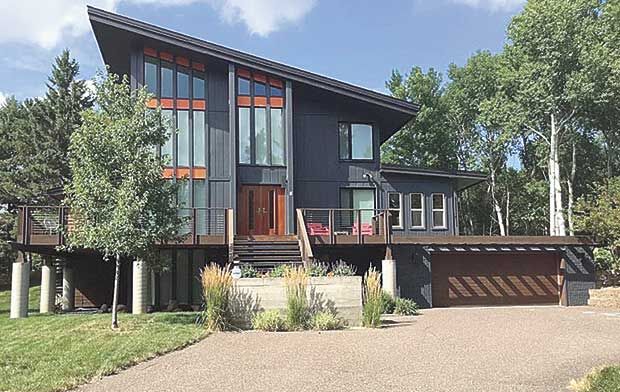 A bump-out clad in cedar coordinates with the deck and garage door and brings warmth to the design. 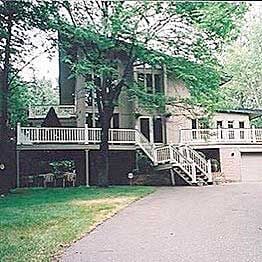 The exterior of the Heiden’s home before renovation began. 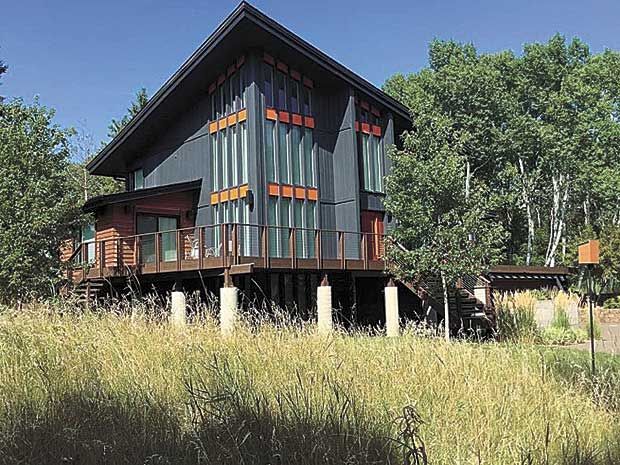 A burst of color in the form of orange insert panels adds interest and brings attention to the vertical windows at both the front and the rear of the house.

A bump-out clad in cedar coordinates with the deck and garage door and brings warmth to the design.

The exterior of the Heiden’s home before renovation began.

A burst of color in the form of orange insert panels adds interest and brings attention to the vertical windows at both the front and the rear of the house.

In 2008, Dale and Julie Heiden embarked on an aggressive plan to reclaim the character of this soaring soft contemporary home designed by architect Eldon Morrison in the mid-1970s. Working with architect Meghan Kell, a comprehensive home plan was created and is in the final stages of completion.

With three previous owners, there were a number of remodel projects that strayed from the original spirit of the home’s design. One of the most errant design flaws was the use of a traditional railing and stair system that offered no design connection to the home. The new deck was reduced in size by removing the section over the garage creating a more interesting elevation for the home. A large concrete planter was constructed at the base of the stairs to conceal a section of stair as well as create a focal point to the home’s main entry. Concrete support posts replaced undersized wood posts and connect visually to the new planter. The deck, stair and posts are constructed of cedar with a cable rail system completing the contemporary update.

Cedar lap siding was used on the side bump-out with a new shed roof while the front entry doors, garage doors, and trellis are all done in a natural finish to contrast with the bold dark gray on the body and trim of the home. New black aluminum-clad Marvin windows replaced those that were failing, and other existing windows were painted black to match. Orange inset panels between the two-story windows add whimsey to the home’s exterior.

Flooded with sunlight, the home was originally designed as an energy efficient model for Minneapolis/St. Paul residents of the mid-1970s. The home was designed to capture solar heat throughout the winter days, complete with 2x6 walls, .5" insulating foam under the cedar siding, and triple pane windows. After completion, the home won a prize for passive solar heating and was featured in the Star Tribune.

Prairie Restoration was contracted to install a prairie planting (2010 and 2014) on highly erosion-prone areas of the yard and stocked the space full of native Minnesotan prairie plants and flowers.