The Sperry residence before renovation. 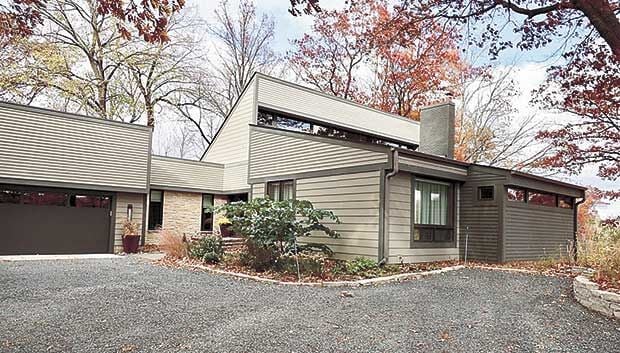 The Sperry residence after renovation. 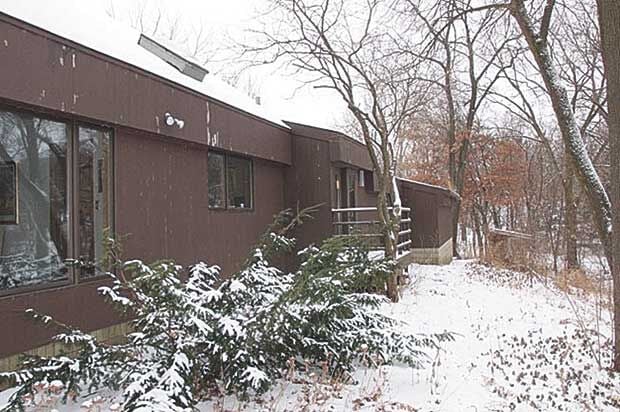 Before the boardwalk was added. 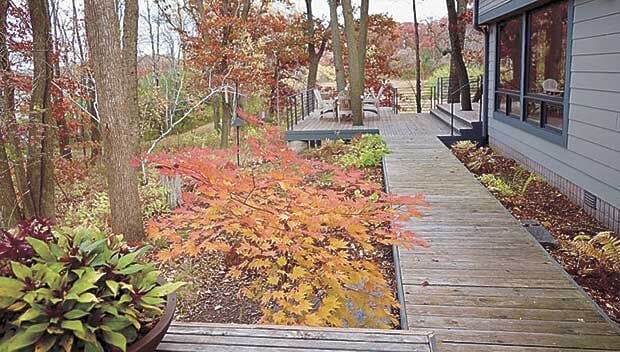 The new boardwalk connecting the decks.

The Sperry residence before renovation.

The Sperry residence after renovation.

Before the boardwalk was added.

The new boardwalk connecting the decks.

A continuing series on unlocking the potential of older North Oaks homes.

Mark and Vicki Sperry built their first North Oaks home in 1983 where they raised their three children. As empty nesters and with Mark nearing retirement, the couple began thinking about down-sizing. By chance, one of the Sperry’s daughters shared a listing of a house on Crocus Lane and encouraged her parents to take a look. The home sat on one of the city’s premier lots overlooking wetlands, hiking paths and Deep Lake; the listing agent described it as a probable knock-down.

The Sperrys learned that the home was originally designed by local architect Eldon Morrison, built in 1976, and knew it was worth saving. Despite the home’s condition due to deferred maintenance and neglect, it was structurally sound and offered interesting architectural features. Once the Sperrys committed to rescuing this home, they waited four months for the short sale to close and embarked on a nine-month renovation.

A major component of this renovation was replacing all windows, except for the high casements, with new Marvin picture windows with lower awnings to welcome picturesque views and cool summer breezes. Additional large windows were added on the lake side to take advantage of the 180 view. Using the existing footprint and roof structure of a front screen porch, a new spacious master bath was created that includes a band of narrow windows that offered privacy, while bathing the room with natural light.

Hardie Board lap siding in two different sizes and trim boards replaced the failing cedar and three different gray tones were used to highlight various architectural elements of the home. The entry was refreshed with the addition of a real stone veneer in a dry stack random pattern. The same stone was repeated in the interior on a large two-story great room fireplace.

The outdoor living space was also updated with a small deck off the kitchen and a boardwalk connecting a spacious two-tier deck that includes an upper sitting area and lower dining space among mature oak trees that appear to grow out of the deck. Custom metal railings that match the new interior railings completed the deck system.

Mark and Vicki could not be happier with their decision to bring new life to their home on Crocus Lane. They continue to restore the natural landscape through buckthorn removal, prairie restoration, and thoughtful conservation practices.