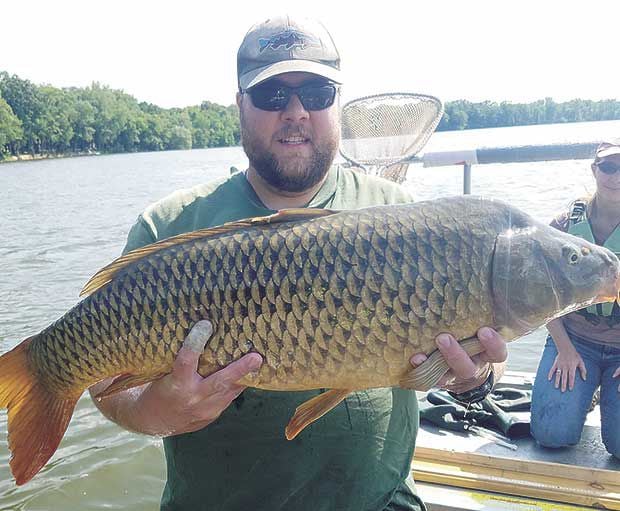 Cameron from Carp Solutions holds up the record 905-mm fish. 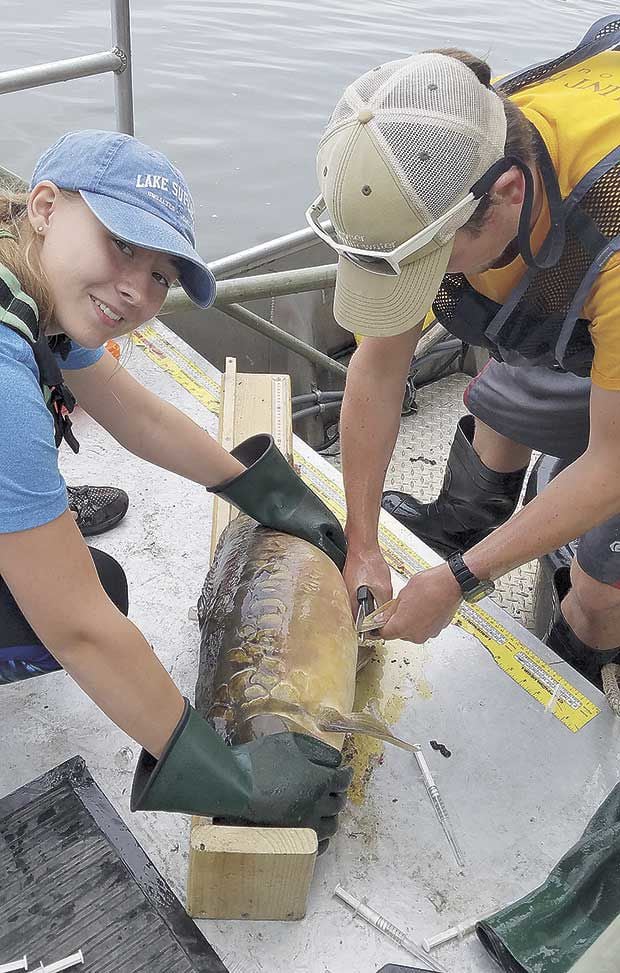 Carp were implanted with passive integrated transponder (PIT) tags and fins were clipped to mark them. Zosh, a VLAWMO summer intern, holds the carp. 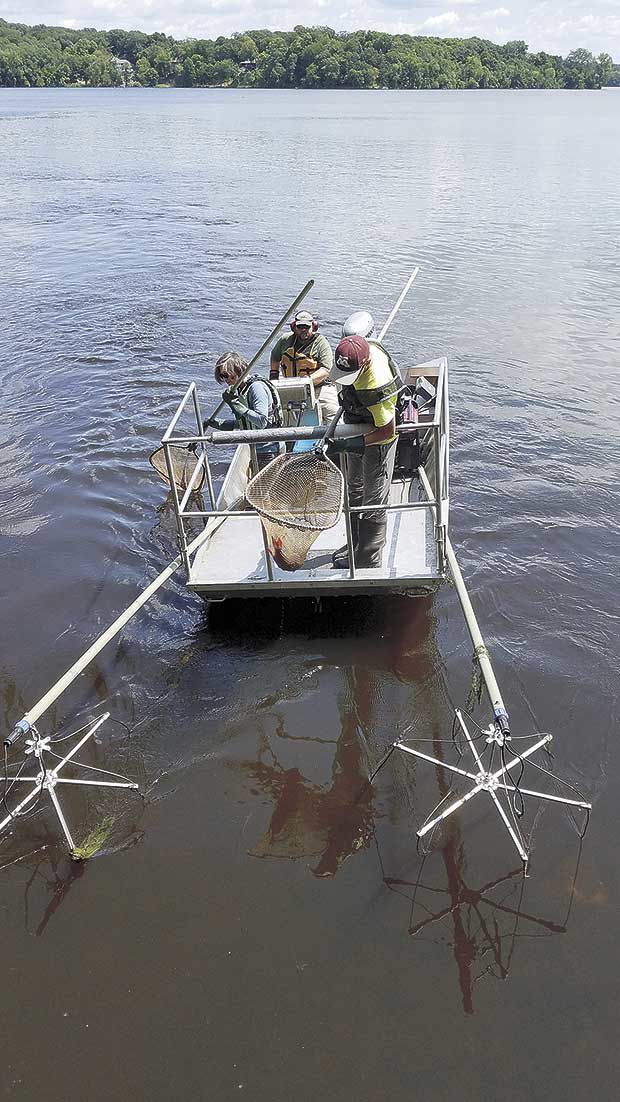 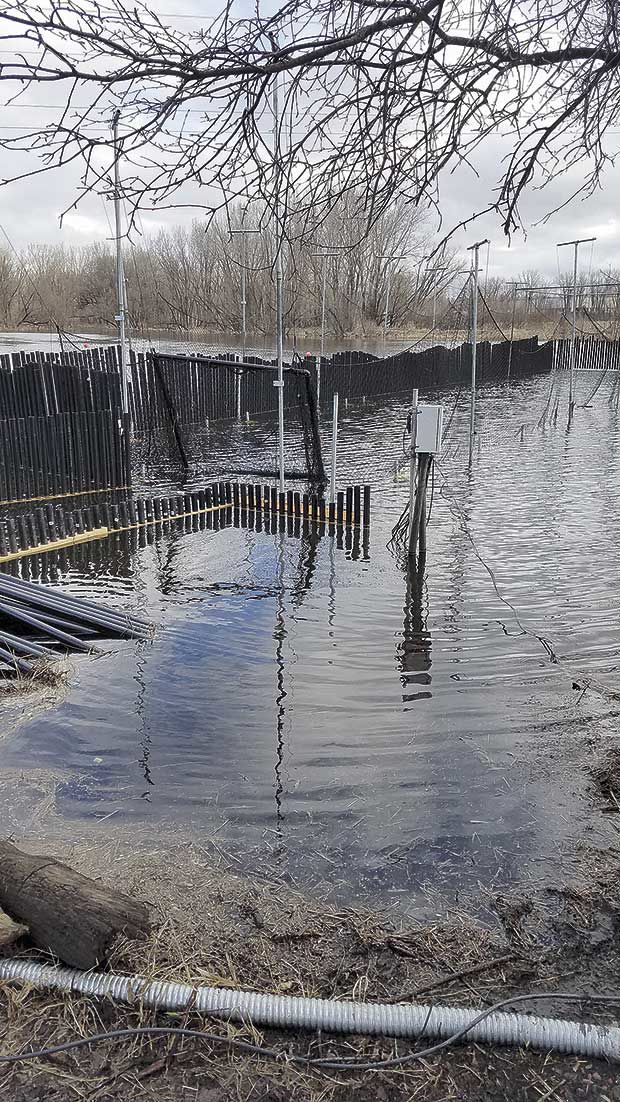 Cameron from Carp Solutions holds up the record 905-mm fish.

Carp were implanted with passive integrated transponder (PIT) tags and fins were clipped to mark them. Zosh, a VLAWMO summer intern, holds the carp.

If you’ve been watching email blasts and Channel 16, you’ve probably noticed a collection of meetings and project updates with the Vadnais Lake Area Management Organization (VLAWMO), the North Oaks Home Owners’ Association (NOHOA) and Carp Solutions. It’s been a busy season, and we’ve been looking forward to sharing the results of our first season of carp data collection.

Common carp are an invasive species in Minnesota. They were originally brought to the United States from Germany in 1877 and intentionally introduced through government programs. Early settlers requested them, craving fish from their homelands in a new country. Common carp were raised in ponds in Washington, D.C., shipped across the country by train and widely established.

Common carp are ecosystem engineers. That means that they alter and shape their environment in dramatic ways compared to other species. Beavers are an example of a native ecosystem engineer (and a topic for a different article). Common carp change their environment because they are long-lived (50–60 years), highly adaptable, able to survive in poor quality water and because they are bottom feeders. They muck around in the lake bottom, stirring up sediment and uprooting plants. Stirring the sediment mixes nutrients, especially phosphorus, back into the water column and makes the water cloudy. Cloudy water also makes it difficult for plants to grow because they need light for photosynthesis; cloudy water blocks that light. These factors combine to produce optimal conditions for algae to take over in a lake system and produce large algae blooms that are unsightly, smelly and may produce dangerous toxins. A harmful blue-green algae bloom was reported on Pleasant Lake in September of this year and caused concern for residents.

Residents also expressed concerns about water quality as part of surveys that VLAWMO sent out over the past year to people living around Charley, Deep, and Pleasant Lakes, as well as NOHOA’s recent community-wide survey. Survey results and follow-up conversations at stakeholder meetings helped VLAWMO identify Common carp dynamics as a priority to better understand and then work to reduce the population size.

Understanding common carp dynamics involves three steps: 1) calculating current biomass or amount of carp in the lake, 2) understanding movement patterns and especially where carp go for spawning and 3) removing enough carp to reach the management threshold. The management threshold for common carp is 100 kg/ha (90 lb/acre). This is the target biomass level at which we would expect to see measurable improvements in water quality. While we’re out there, you might be wondering, why not take out all of the carp and make the goal eradication?

Eradication of carp is highly unlikely. Our neighboring watersheds have been working for more than a decade to reduce population sizes and limit access to spawning areas. Invasive species are incredibly difficult to eradicate, and it is usually not a practical goal. However, reducing population levels to an amount that allows greatly improved water quality is a practical goal and one that is being modelled by our neighbors. If you want to learn more about those efforts, look to Rice Creek Watershed District and Ramsey-Washington Metro Watershed District and check out their carp management programs, especially the newly proposed delisting for Owasso Lake.

This summer VLAWMO got started with carp management. Working with Carp Solutions, surveys were conducted on four separate days. Surveys were done by electroshocking, which involves using electrical current from electrodes mounted on a boat to temporarily stun fish and net them. Netted carp were implanted with passive integrated transponder (PIT) tags and released back into the water. Other interesting species were also observed, likely a result of incoming Mississippi River water and past MN DNR stocking, including Bowfin, Northern pike, Walleye, and even a couple of Muskies.

Rate of carp catch and size gave Carp Solutions the information they needed to calculate biomass on Pleasant Lake, which is 273 kg/ha. That is well above the management threshold of 100 kg/ha. In our watershed, West Vadnais Lake has also been surveyed and shown to have 248 kg/ha. PIT tags will allow Carp Solutions to place an antenna in the channel to identify movement starting next spring. Carp are likely to move into shallow areas—areas that freeze and fish kill over the winter—in the spring to spawn. Carp young are protected from predators and grow quickly in these areas.

Wilkinson Lake was a known breeding area for carp in the past. A fish barrier at Wilkinson was put in place by North Oaks Company in the 1990s, and there is evidence that the barrier has been effective at preventing survival of many young. In a healthy and growing population, we would expect to see many young, young adult, and adult fish. In our survey, we saw only very large adults and, in fact, the largest carp that Carp Solutions captured this season was found in Pleasant Lake. This bodes well for future carp management steps. If the population is primarily composed of large adults and few young are being successfully produced, removal of adults should allow fairly rapid water-quality improvement.

Plans for removal are already underway. NOHOA is talking with a commercial fisher who has experience conducting responsible harvests on Pleasant Lake. That effort is planned to begin once the movement survey is complete. A late-season harvest works well because Common carp aggregate during the winter and can be netted under the ice and taken out in large numbers.

Carp management requires a long-term vision, monitoring, and periodic removals. It’s a distance race, not a sprint, but rewards in the form of improved water quality can be rapid. VLAWMO and NOHOA are dedicated to working together to advance these goals and improving conditions in Pleasant and the entire chain of lakes in North Oaks.