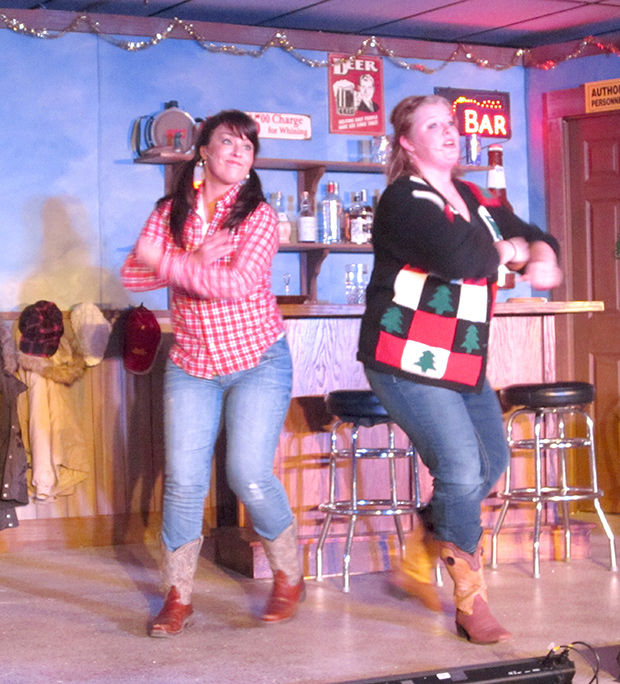 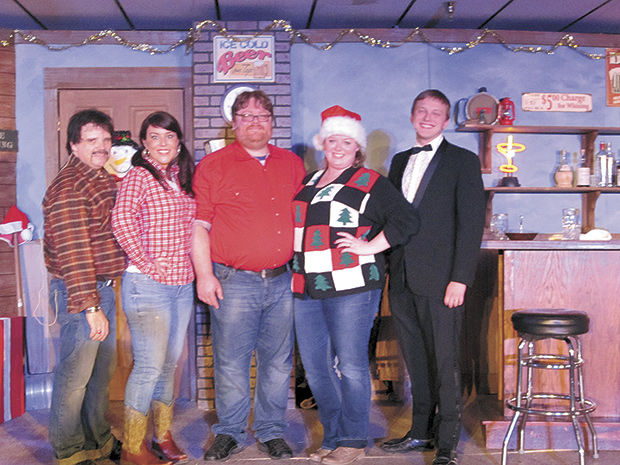 Masquers Theatre Company will present this comedic musical “A ‘Don’t Hug Me’ Christmas Carol,” which delivers Charles Dickens’ classic story with a Minnesota twist, at the Forest Lake American Legion.

Masquers Theatre Company will present this comedic musical “A ‘Don’t Hug Me’ Christmas Carol,” which delivers Charles Dickens’ classic story with a Minnesota twist, at the Forest Lake American Legion.

If Ebenezer Scrooge wore flannel, drank Leinenkugels and elongated his O’s, his story might be something like “A ‘Don’t Hug Me’ Christmas Carol.” Masquers Theatre Company will present this comedic musical, which delivers Charles Dickens’ classic story with a Minnesota twist, at the Forest Lake American Legion beginning on Dec. 4.

The partnership between the American Legion and Masquers Theatre Company goes back years—according to the director of the show, Janice Murphy Roman, a few alumni from the theater once composed an original musical to perform at the Legion. When the Legion approached them once again about performing a holiday dinner show, “A ‘Don’t Hug Me’ Christmas Carol” seemed like the perfect choice, since they have performed two other shows from the Minnesota-themed “Don’t Hug Me” series of musicals in the past.

Set in the fictitious backwoods Minnesota town of Bunyan Bay, the musical follows the story of Gunner, the owner of a rustic country bar.

“Gunner is sort of a curmudgeon; he doesn’t want to celebrate Christmas,” Roman said.

After quarreling with his wife about Christmas celebrations, Gunner takes his Ski-Doo out on the frozen lake, falls through the ice and slips into a coma. During this coma, Gunner is visited by a mysterious figure who shows him the Christmases of his past, present and future to try to win him over into the holiday spirit.

“The music is fun,” Roman said. “The songs are so corny and funny that you can pull out all the stops—you don’t have to follow the rules of traditional musical theater.”

She show includes 17 original songs with a distinct Minnesota flair, such as “Gunner Fell Into an Ice Hole,” “I Love You More Than Football,” and ”Grandma Cut the Christmas Cheese.”

Phil and Paul Olson, the brothers who wrote the script and music for the “Don’t Hug Me” series of musicals, have written their series of musicals from firsthand experience, as they grew up in Edina, Minnesota.

“One of them is actually a doctor with Lino Clinics,” Roman said.

With a cast of five, Roman said that the most challenging part of the show has been handling the amount of work each person has to contribute during the entire length of the play.

Tickets are $30 for adults and $28 for seniors. The price includes a choice of entree along with dessert before the show. On Friday and Saturday, dinner begins at 6 p.m. and the show starts at 7 p.m. If you opt out of dinner, tickets are $15.

What: A ‘Don’t Hug Me’ Christmas Carol