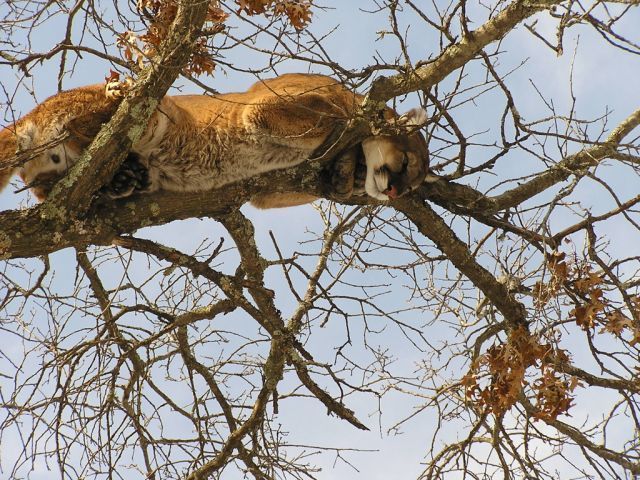 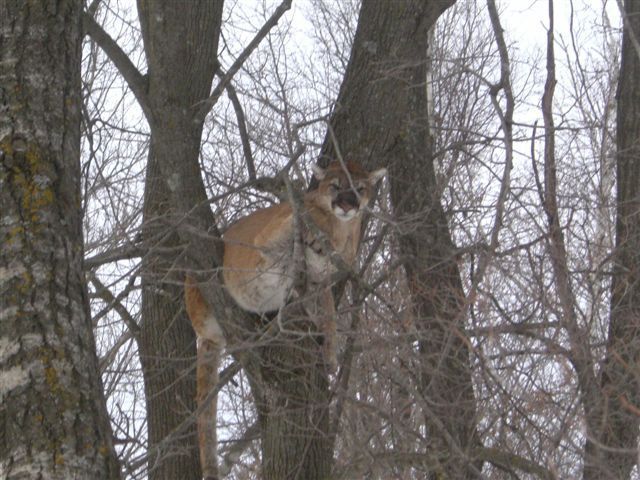 SPOONER – The Wisconsin Department of Natural Resources is investigating a confirmed sighting of a mountain lion last week west of Spooner in Washburn County.

Conservation Warden Dave Zebro was contacted by a dog hunter on March 3, who said he had pursued and treed an adult male mountain lion the previous day. With the assistance of other dog hunters, a team of DNR biologists again treed the animal on March 4. An attempt to capture the animal failed.

Within the next few days biologists hope to capture the animal, take a blood sample and place a radio collar around its neck. The cat will then be released back into the wild unharmed.

“With a blood sample we can do a DNA test to determine information about the origin of the animal,” said Wildlife Biologist Ken Jonas, “and using a radio collar we can determine where this cat is traveling.”

While trying to capture the animal DNR staff is taking steps to prevent any harm to the mountain lion. Jonas said the DNR is trying to use the minimum amount of immobilization agent necessary to capture the cat.

“We would not want to see the animal fall from a tree or be harmed because of our actions,” he said. “The mountain lion’s health is a primary concern.”

Mountain lions are listed as “protected wild animals” in Wisconsin, which means a permit would be required from the DNR before someone could kill one.

People who spot the animal should not attempt to capture the animal and should contact the DNR office in Spooner (715) 635-2101 if they see it.

The last known wild mountain lions, also called cougars, catamount, or puma, in Wisconsin disappeared during the early part of the 20th Century. Although reports of cougars have been received around the state over the ensuing years, none have been documented as wild cats since the early 1900s.

The first confirmed sighting of a mountain lion in the state was last January when one was spotted near Milton, Wis. That animal was later killed in a suburb outside of Chicago.

There have been several instances of captive cougars in Wisconsin escaping into the wild before recapture or disappearance. Mountain lions have been documented in Minnesota, Iowa, Missouri and Illinois.