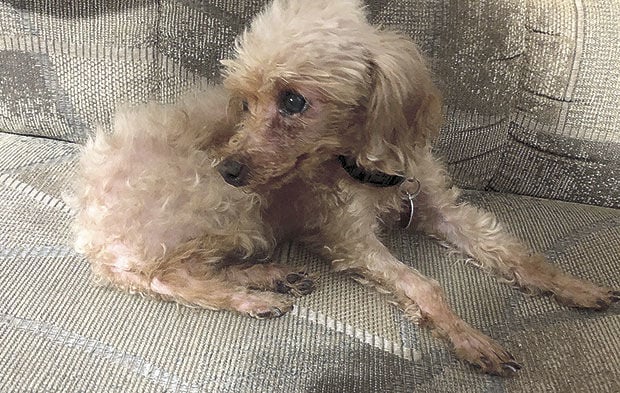 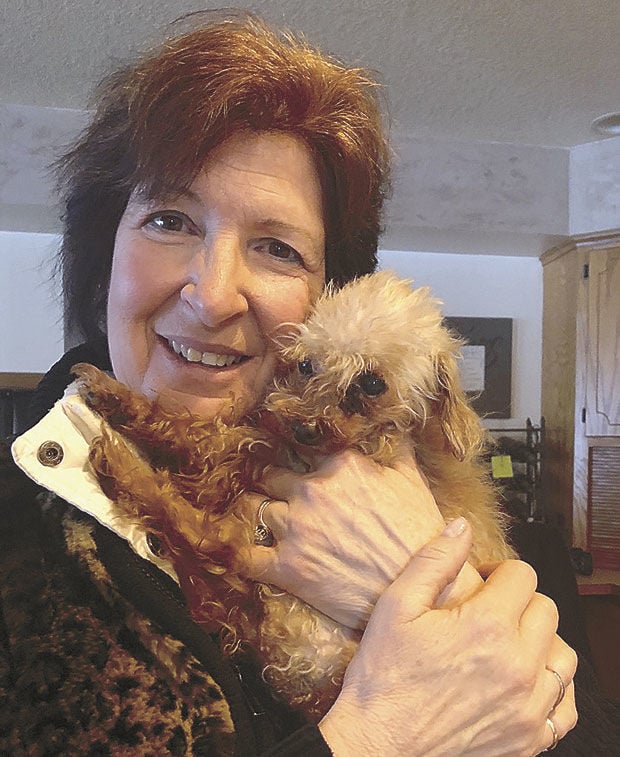 HUGO — After 18 heart-wrenching months during which she never gave up hope, a Hugo resident was reunited with Zoey, her 10-year-old toy poodle.

Owner Karen Kissner says Zoey went missing Aug. 8, 2018. Her husband let Zoey and their other dogs out into the yard to go to the bathroom while she was at work and when she got home, Zoey was nowhere to be found.

“She would always be the first to meet me at the door. She didn't meet me at the door, so I started searching the house and calling outside for her,” Kissner recalled. To this day, they are not sure what happened, but guess that Zoey got spooked by something and escaped through the fence gate.

Kissner immediately began spreading the news that Zoey was missing. She put up posters at gas stations, handed out more than 3,000 flyers, placed advertisements in various publications and talked to people on the street from Hugo all the way north to Pine City. “We did everything we could possibly do trying to locate her,” she said.

On Aug. 15, a few people reported seeing Zoey wandering on I-35E, where she was picked up by a male in a white pickup truck. “At that point we were thinking ‘She is safe and they will get her home,’ but we never heard anything,” said Lynn Walton, a volunteer with The Retrievers. The Retrievers is an all-volunteer team that offers tools, experience and expertise to help rescues and individuals find their lost dogs.

For many months multiple sightings were reported, but the dogs never turned out to be Zoey. “Karen never gave up. She worked so hard and spent so much money trying to get her home,” Walton said.

Kissner said, “Zoey needed me just as much as I need her.”

On Jan. 22, Walton received a phone call from the Animal Humane Society (AHS) in Woodbury. They had a dog that matched Zoey's description. The dog had been found strolling the streets of downtown Hinkley with a pit bull. “We couldn't believe it. We were absolutely floored,” Walton said.

When AHS opened up the next day, Kissner was there to greet Zoey. “She was very scared and timid, but she curled right up into my neck and I knew it was her,” she recalled. “My stomach is still in circles. My legs haven't quit shaking, but it's just going to keep getting better. It's been a long haul.”

Walton said that of all the dogs The Retrievers have helped find, Zoey is one of the dogs who were missing for the longest time.

Kissner has the following advice for others who may find themselves with a missing dog, “Do not give up hope, and keep getting the word out. Make sure you get their photo out there, cover all the gas stations and major intersections. People need to see what your dog looks like so they recognize him/her.” In addition, people should also alert Lost Dogs of Minnesota, post on Craigslist, Facebook, Nextdoor and other social media sites.

Kissner says Zoey is still malnourished and scared, but they are working with her to get her acclimated and back to her normal, energetic self.

The Retrievers was founded by four individuals to find lost golden retrievers. Requests started pouring in for other dog breeds, and the organization quickly expanded. The group now consists of around 50 volunteers from all over Minnesota.

In response to a search for Missy, a golden retriever who had repeatedly refused to enter a crate-sized trap, founding member Greg James designed a trap and built it from materials commonly available at hardware stores and farm supply retailers. Missy was caught the second night the trap was set. The Missy trap is constructed of horse fence panels and assembled in the field with quick clips. When triggered, the gate drops and latches. The trap can triggered in two ways: by the dog when it pulls on a piece of bait, or manually by switching off an electromagnet from a distance.

The Retrievers have also developed the Raytripper, a method using a photoelectric sensor (similar to a garage door sensor), which drops the gate when a dog enters the trap and steps into the beam. The Retrievers openly share their invention and how to make it with others. In fact, just last year the group was contacted by a group in Norway that watched one of their how-to videos and successfully captured a dog who had been missing for quite some time.

The nonprofit organization will help distribute signs, track the dog's whereabouts with a sightings map and try to predict where it will go next, based off patterns. Volunteers then try to lure the dog near and eventually into the trap with smelly food.

“Anytime I called them, they were there to help me,” said Kissner. “If I felt really depressed and needed someone to talk to I could always call them.

“It has been a year and a half, and they didn't stop,” she said. “I can't say enough about how fantastic they are. It was unbelievable, they were always there.”

For more information about The Retrievers, visit theretrievers.org.