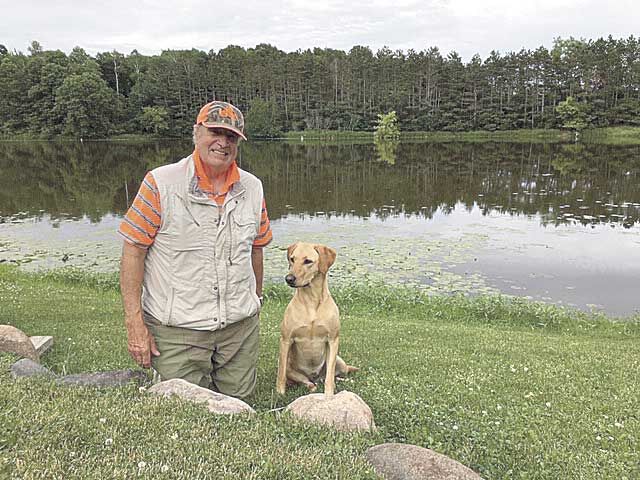 Jeff Hughes posed with his hunting dog Holly at the facility he has managed since 1973. 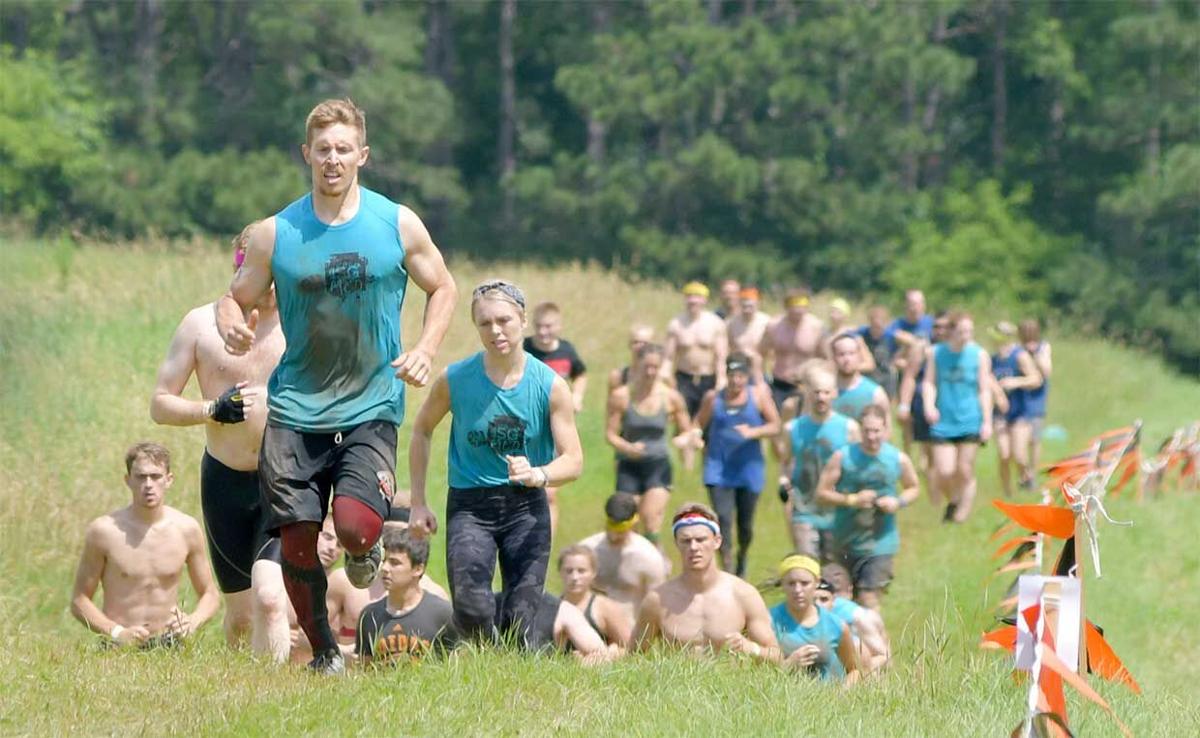 The Tough Mudder, which has been held at Wild Wings of Oneka for the past four years, was canceled this year due to COVID-19.

Jeff Hughes posed with his hunting dog Holly at the facility he has managed since 1973.

The Tough Mudder, which has been held at Wild Wings of Oneka for the past four years, was canceled this year due to COVID-19.

This has been a year of reckoning for one of the area’s most venerable institutions, Wild Wings of Oneka.

Like almost every business, the 64-year-old Hugo hunting club has been hit hard by COVID-19, losing an estimated $250,000 so far. Some activities have been held, and the club is prepping for its busy season, autumn.

This is the year that the ownership group, in place for 47 years, has decided to let go. Wild Wings of Oneka is for sale.

“I’m 70 and the other owners are in their 80’s, and we know it’s important for a younger generation to get in,” said Jeff Hughes, who has managed the club since 1973.

Hughes made it clear that whoever buys the hunting club must keep it that way, not “hack it up for real estate” and diversify the property.

“We are emotionally involved in this club. Three generations of hunters have hunted here. We are looking for new ownership, but the club is going to go on as it is. We won’t sell unless it does.”

The owners’ decision to sell came prior to the pandemic, he said.

Wild Wings of Oneka is the oldest such club in Minnesota. It opened in 1956, much smaller and in a different location. (It was the second club at the time, but the first one has closed.)

The operation was purchased in 1973 by Jim Gardner, John Ward, John Irbine and a fourth partner, now deceased. “All White Bear Lake guys,” Hughes pointed out. Gardner, Ward and Harriet Irbine, John’s widow, remain to this day. Hughes joined the ownership group in 1992.

Wild Wings of Oneka is a 529-acre property with 14 separate, diverse hunting areas, 13 ponds, clay target and pistol ranges, a heated 5 Stand, and a farm operation to plant cover for birds. “A Sportsman’s paradise that captures the spirit of Midwest hunting,” is how the club bills itself.

The headquarters building has four levels, including a dining room that seats up to 130, clubhouse, fellowship hall, pro shop and a full bar.

Members and guests hunt pheasants, ducks, chukar and wild turkeys. Hunting is easier there; birds are provided for hunters in specific areas. The 300 members pay $1,600 per year, plus a $500 deposit that is spent on club offerings.

The club has 30 guides and a kennel of hunting dogs available. The birds are purchased from several Minnesota sources. The club hatched its own until about 15 years ago, when it found it was cheaper to buy them.

Due to COVID-19, the club was ordered to shut down for three weeks in late March and early April, and the restaurant and bar remain closed.

A huge event, Tough Mudder Twin Cities, scheduled in July, was canceled. The club has hosted the 10-mile obstacle race on its rugged terrain for the previous four years. “Tough Mudder brings 12,000 people to Hugo,” Hughes said. Several events with 30 to 100 participants were also canceled.

The club reopened in April — with all activities outside, and adherence to social distancing — to use up an inventory of 3,000 birds that had already been supplied from providers. Hughes put out a newsletter asking members to come and harvest the birds, which was accomplished.

The club’s peak season is October to December. What that will look like this year, of course, depends on “what state and federal governments will allow” at that point, Hughes said.

Still scheduled, for August and September, are several annual fundraisers. The club works with 4-H, Pheasants Forever, Ducks Unlimited, Safari Club International, Maplewood Oakdale Rotary, St. Paul Canine Corps, Children’s Cancer Fund and the Hugo Beyond the Yellow Ribbon Network. (Yellow Ribbon events are  for military personnel who missed hunting seasons while deployed overseas.) For these events, food trucks will be brought in to keep the participants outside.

Jeff and Sue Hughes and their son Chad opened another club, Wings North in Pine City, in 1998. Chad runs that operation. Sue was Oneka’s chef for 47 years; she retired last year. She provided dinners of roast duck, pheasant and turkeys, and other delicacies. Especially popular are her pheasant pot pies; she made 2,500 to 3,000 of them each year.

Hughes was 23 when he arrived in Hugo as a graduate of Ball State in Muncie, Indiana, where he majored in fisheries and wildlife biology “specifically to run a place like this.” The operation has expanded greatly under Hughes.

“We’ve done pretty well. We’ve been in business 64 years; not many last that long,” Hughes said. “But we have only scratched the surface of the potential this club has.”

The club could do more with outdoor corporate events in the summer, he said, along with outdoor weddings, for which they are currently building a pavilion addition to the main building. Presumably, the new owners will look to such summer activities.

Meanwhile, the club is getting a boost in business from a huge increase in gun sales nationwide. That’s mostly pistols, Hughes said, and the club can accommodate their owners, who are mostly female, with the pistol range and their conceal and carry classes.

Regarding the future of the club and the sport of hunting, Hughes and the other owners are elated to see a young generation of hunters emerging. The sport had been getting decidedly grayer, with fewer and fewer youths interested, until clay target shooting became a popular high school club sport in recent years. “So now we’ve got lot of kids signing up because live hunting takes their sport, trap shooting, to the next level,” Hughes said. “We’ve had a big resurgence in shooters spurred on by trap shooters.”