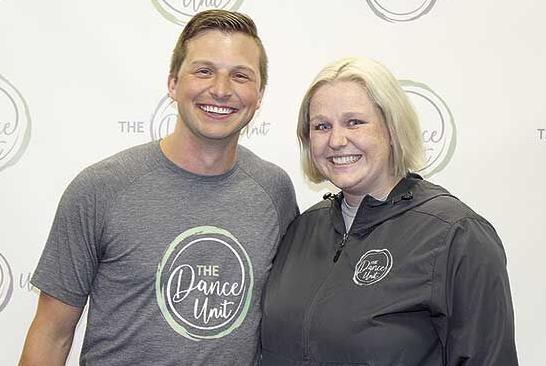 Kyle and Lauren Gross are happy to be fulfilling their dream of owning their own dance studio in Hugo. 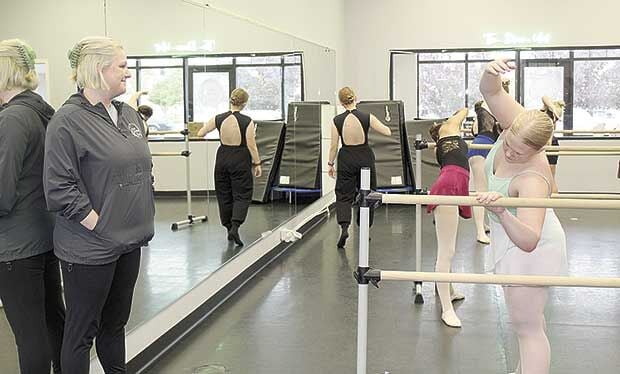 Kyle and Lauren Gross are happy to be fulfilling their dream of owning their own dance studio in Hugo.

The owners of The Dance Unit in Hugo have plans to nearly double their space this fall so they can expand their class offerings.

Joint ownership of a dance studio has always been in the plans for Lauren and Kyle Gross. They both grew up in dance and met each other in college while performing for a dance company in Minneapolis. The two eventually started teaching together at a dance studio, then began dating. They will celebrate their third wedding anniversary in August.

“Both of us were really invested in the culture of our students and how important that was growing up. Being a part of a studio really shaped us,” Lauren said. Kyle added, “I think both of us have really entrepreneurial spirits. When Lauren was in a teacher role, she naturally just wanted to take on more.”

This year will mark Lauren’s ninth season of teaching and Kyle’s 10th season. Both attended the University of Minnesota; Lauren majored in dance studies and holistic health, while Kyle majored in marketing and supply chain operations management. Lauren committed to teaching full-time right after graduation, whereas Kyle held a full-time job at Target while teaching.

The two have always been used to teaching side by side, but Lauren left the dance studio where they taught for an opportunity at Lake Area Dance Center in White Bear Lake. Her hope was to eventually take over ownership, but the studio closed its doors in September 2020. With permission of the owner, Lauren reached out to Lake Area Dance Center’s client base to see if they would want to stick around if Lauren was able to find a new space to start her own studio. Forty-five students said they would like to continue, and so the plan sprung into motion despite the ongoing COVID-19 pandemic.

The space on Mercantile Drive North in Hugo in the Victor Gardens Neighborhood seemed like a perfect fit. The space was formerly occupied by Lorenz Dance & Tumbling Studio, which now is situated in Lino Lakes. On Oct. 1, 2020, The couple got the keys to the space and had 10 days to move out of the Lakes Area Dance Center Space and build out the new studio in Hugo. At the same time, they were also moving into their home in Stillwater.

“I can’t believe we got it done. We had so much help from parents that just wanted to make it happen for their kid,” Lauren said. “Many dancers from Lake Area Dance Center had already auditioned for other places and decided to stick with The Dance Unit so they could stay with their friends and dance family. Everyone pulled together to make it happen.”

The two were excited to work side by side again. The studio was open for a month and a half before they had to shift everything online due to the tightening of COVID-19 restrictions. Choreography, practice and costume alterations all had to be done via Zoom. In January, they were able to resume in-person classes. “Everything about the year was absolutely insane,” Lauren recalled.

The Dance Unit teaches students ages 2-18. Students can participate in recreational classes or on competitive teams. Recreational class offerings continue to expand. The first season, there were only two classes; this summer, there are six; and this fall there will be eight. For additional classes, The Dance Unit will lease more space a few doors down (Suite 105). The business currently has five instructors.

Kyle said they feel very strongly about creating a community/family at the studio. “It’s training the whole individual, not just about teaching the steps. It’s the community that we make with each of our teams, it’s not just about the moves,” he said.

Lauren added, “We have so much experience under our belts, it was our turn to give back to the dance community.”

Lauren also stays busy with her second business as a seamstress. In August 2019, she started LTG Costumes. In addition to sewing the costumes for The Dance Unit, she also makes costumes for several other dance studios they compete against. For more information about The Dance Unit, visit thedanceunit.com.