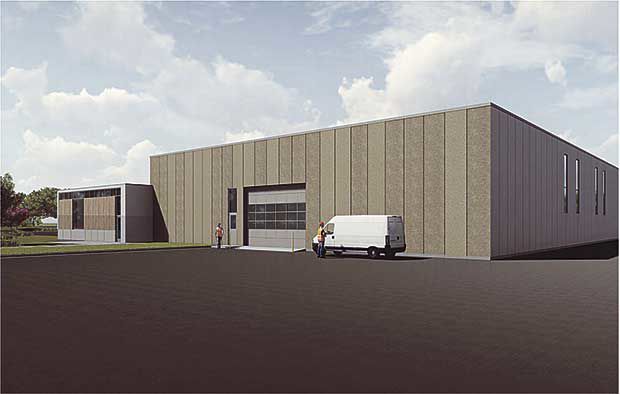 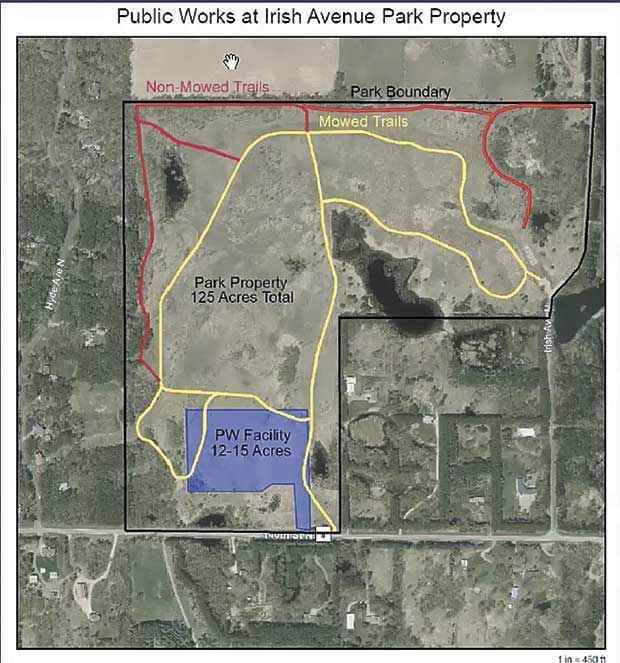 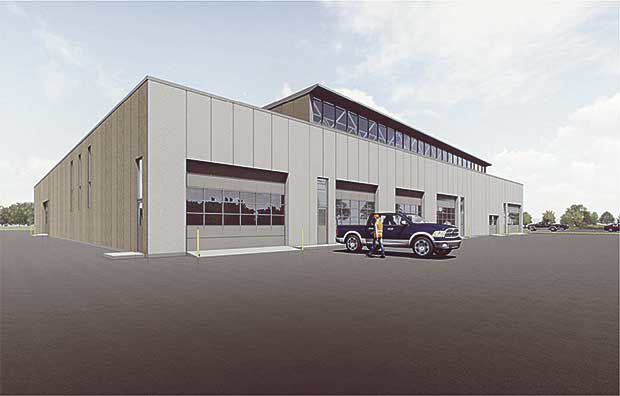 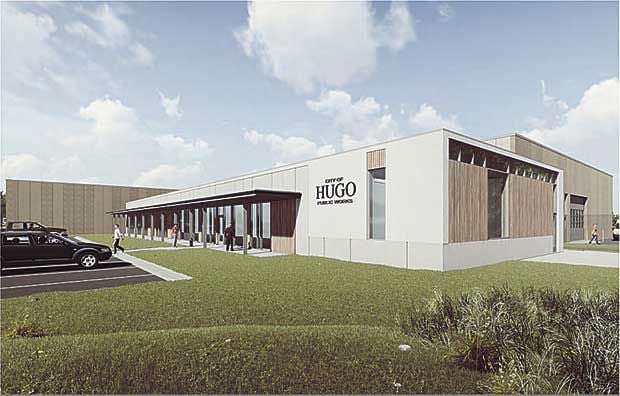 HUGO — A feasibility study for the future of the city’s public works department recommends that the city construct a new facility at Irish Avenue Park.

“No final decisions have been made at this point about what the city plans to do,” City Administrator Bryan Bear explained. “We have advanced to a planning and design phase, so we have spent some time and effort understanding what the facility would look like ... Those decisions could start to come pretty quick, though.” The City Council will likely discuss the topic at its July 6 meeting.

The City Council authorized Oertel Architects to complete the feasibility study in April 2019. The first part of the study focused on the expansion of the current facility on 137th Street N. “It was determined that the current facility, if expanded, would be able to meet our needs for the next 15 years; however, the site would be fully expanded and would not be able to accommodate our needs beyond that,” said Public Works Director Scott Anderson. “The study also identified that the existing building was not designed to be easily expanded and an expansion would result in several additions awkwardly attached to the existing building, which is less than ideal for efficient operations.”

Part one of the study concluded that it would be more cost-effective to build a new facility at Irish Avenue Park, which is located on the northwest corner of Irish Avenue N. and 140th Street N. Part two of the study looked at constructing a new building on that site.

Community Development Director Rachel Juba explained that the approximately 60,600-square-foot building would be situated on the south side of Irish Avenue Park along the county road, and would include a salt storage building, materials storage building and outdoor storage of gravel, dirt and rocks. A fence, as well as landscaping, is proposed around the site perimeter. The project is estimated to cost around $10 million.

Of the 125-acre site that the city owns, the building would sit on approximately 10 acres. The building has also been moved back as far as possible, Juba said, to remove the visual from the roadway and not impact existing wetlands on the site. The proposal also provides for a 45,000-square-foot expansion of the building in the future if it is necessary.

Juba said the main access to the property would connect to County Road 8, and the city will be required to work with the county for an access permit. Road improvements would likely be necessary.

Resident Eli Rupnow lives on 140th Street, just east of the proposed building. He said he was surprised that the city would be willing to give up some of its land, especially before going through the master planning process for the park. (The master plan process will begin this year, and could likely take several years, according to Bear.)

“We are doing all of this before having a park master planned with neighbors’ input, thoughts and vision,” Rupnow said. “I don’t understand what the rush is. Once the plans are ready, let’s build this next year ...”

Resident Jared Opel lives on 140th Street, right across from where the building is proposed. “I am out there every day walking my dogs. I think everyone would like to see it remain a country setting and really fit into what this rural area of Hugo entails and the beauty of the landscape out there,” he said.

Resident Donna Goetl said she has lived on Hyde Avenue N for 45 years. “We witnessed all that went on and we were a part of the court case against the asphalt plant. I feel for him (Rupnow) because I know how we all felt when we had the asphalt plant here, and the city backed us up on that,” she said. “I just feel like the city is taking advantage of buying the land for the park but using it for other reasons ...  I just remember what we all went through to get rid of the asphalt plant.”

Council Member Phil Klein said the public works operation would be very different from the asphalt plant. “We are going to go through some extreme measures to make sure that the building fits the neighborhood and minimize any types of distraction that would be within the neighborhood,” he said.

Mayor Tom Weidt explained, “This park was never purchased with the idea of it being a trail system or passive park. It was purchased with the idea of being an active park with lots of use, baseball diamonds and activities ... I think it is important to do it right the first time and that is why we started looking at this idea rather than doing a band-aid on the current location.”

Dave Strub, who chairs the Hugo Parks, Recreation and Open Space Commission, shared his thoughts. “As the parks guy, I am very mindful of having that 120 acres for us to develop in the future, but also as a Hugo taxpayer I kind of looked at that land as something beneficial rather than the council going out and finding another 10 acres and paying some (excessive) price for it ...” he said.

“We can still do a lot of good, active park things out there in the future and we can leverage the facility that is out there by tapping into the well and septic system.”