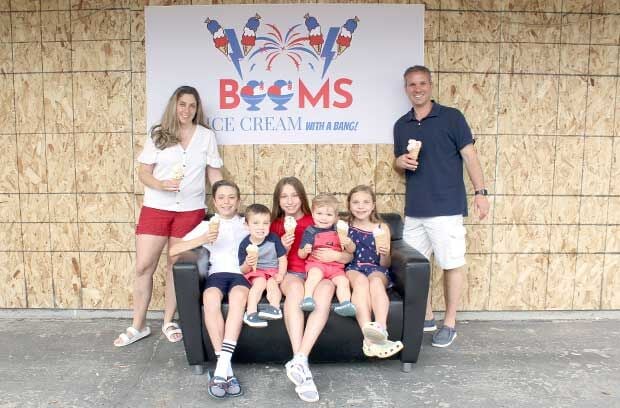 Nicole and Josh Korus will open Booms, an ice cream shop, just in time for summer. Pictured are their five children, Micah, Malachi, Makenna, Miles and Madelyn. Booms will be located at 14869 Forest Blvd N. in Hugo (where Country Video Barn used to be). 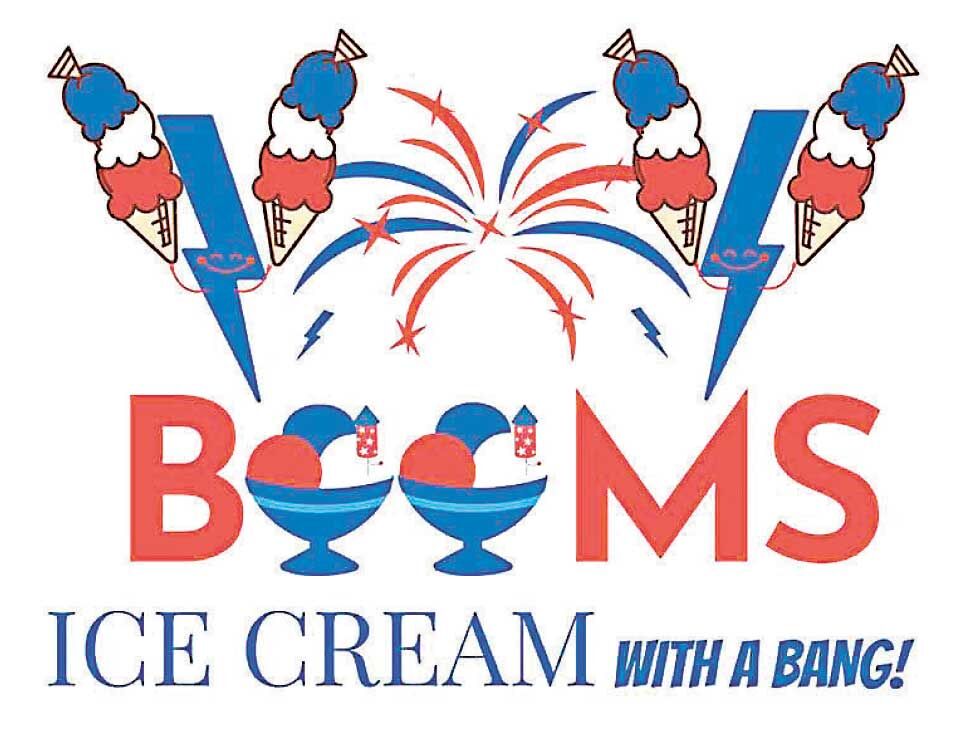 Nicole and Josh Korus will open Booms, an ice cream shop, just in time for summer. Pictured are their five children, Micah, Malachi, Makenna, Miles and Madelyn. Booms will be located at 14869 Forest Blvd N. in Hugo (where Country Video Barn used to be).

HUGO — Residents will have an ice cream shop much closer to home just in time for summer.

“We knew we wanted to start our own businesses during the pandemic,” Nicole explained. Nicole is a stay-at-home mother of their five children, who range in age from 2-13. Josh is a certified public accountant (CPA) who was tired of working in the corporate world. He wanted to have the opportunity to build relationships with clients, rather than doing behind the scenes work for large businesses.

The couple saw the Country Video Barn building listed for sale and thought it would be a perfect spot, not only because of the lot size, but also for its prime location right off of Highway 61. “It’s right in the heart of the community, and that was super appealing to us,” Nicole said.

“The building was bigger than what we needed, so we wanted to do some kind of a secondary business,” Nicole explained. “We were thinking about what we could do in the off season and thought, ‘What about ice cream?’ Everyone loves ice cream.”

It didn’t take them long to figure out a name for the ice cream business. Even though the Korus family has only lived in Hugo for about a year, they quickly figured out that Hugo is the land of 10,000 booms.

Shortly after moving to Hugo, they were told they needed to join the Hugo Hangout group on Facebook. “I kept hearing people talk about the booms,” Nicole said. Then they stopped by the Argyle Moose, where they saw more boom references. “We thought that was pretty iconic,” she said. “We knew right away that was what we wanted to name it.”

Booms will offer over 50 rotating flavors of hard-serve ice cream purchased from the Big Dipper Creamery, which has locations in Blaine and North Oaks. It will be operated in a similar style to Cup and Cone in White Bear Lake, where customers approach a window, place an order, and then enjoy their ice cream on the go or outdoors.

“We want people to hang out and gather, something we haven’t been able to do in a while,” Nicole said. “We will have outdoor seating, games, photo ops and a tree swing. It will be a fun atmosphere.” Josh added, “I’m looking forward to connecting with people and getting to know our regulars.”

Perhaps it is fitting that the old video store building will once again be home to ice cream. The building was originally built in 1961 as one of the first drive-in restaurants in the state.

Nicole said, “We want to be your local, hometown ice cream shop.”

The couple is planning a grand opening the weekend of Good Neighbor Days (June 11-13). Booms will eventually have a social media presence. For more information on JAK Tax and Accounting, visit  -jaktaxes.com or find JAK on Facebook.